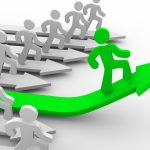 Current events have highlighted systemic racism in America yet again, and social media feeds continue to be inundated with posts about racism and police brutality. Often, these online conversations enter the classroom, lecture hall or other communal spaces within the university. This can often leave administrators, faculty members and students to fend for themselves during conversations that are, by their very nature, heated and laden with emotional content.

To address this, many people have turned to the language of privilege to structure conversations and unpack racism for those who may be predisposed to deny its very existence. Regardless of how popular the term “privilege” has become, I have never found it particularly useful in discussions, because it is too generic and abstract.

Any and all advantages one can have are based — in part, or in whole — on a system of oppression designed to elevate certain innocuous expressions of humanity over others (skin color, sexual preference and so on). Thus, the language of advantage begins by first enumerating one’s advantages and understanding their origins.

For example, I am advantaged as a male. That advantage affords me a higher salary on average when compared to women, regardless of talent, which in turn affords the further advantage of enabling me to build wealth. If I were white, my advantages would grow. In the academy, I am also, perplexingly, better equipped to take advantage of paternity leave. Being male also enables me to express my opinions as though they were fact — my opinions in certain spaces are generally not questioned, or if they are, it is not assumed that I am wrong.

Those are simple examples, but they illustrate the point. Advantages can be summed up in a way that can generate a net advantage or disadvantage in certain spaces. This exercise is similar to a “privilege walk.” But it is different in that any advantages will not just net me a meaningless step forward in comparison to my peers. Thinking in this way forces me to understand what my advantages can, in fact, buy.

The distinction between “privilege” and “advantage” is important because “privilege” is not a particularly useful phrase to incite change in the minds or actions of others. No one wants to give up privileges. The entire idea of a privilege is based on possessing a special status that is somehow deserved. Privileges feel good.

Think about all of your privileges. Do you want to give them up? Does giving them up make you feel like you have somehow done someone a favor? (“Here you go … make sure you use this well.”) Or does giving up a “privilege” seem incoherent? It might, because generally privileges are given and taken by someone else. They are earned, and are seldom bad things to have.

Now try shifting your language to that of advantages. Ask yourself, “What advantages do I have over that person over there?” That question is much easier to answer and yields more nuanced responses. If I answer for myself, I can readily see that not all advantages are inherently problematic on their face. As a tall person I am advantaged in some spaces (e.g., reaching up to grab something from the high shelf in a supermarket), and disadvantaged in others (e.g., sitting in a cramped seat on an airplane). Yet if one looks under the surface, one can see that in both circumstances my (dis)advantage is predicated on design choices that are outside of my control. They are systemic. (It is also silly to say that I am tall privileged.)

What about a wealthy high school student who scored well on their SAT? They could unpack their success by understanding their advantage, for example: “Yes, my SAT scores are higher than someone else’s, but that may be because I have advantages in schooling that are predicated on the wealth of my community and/or parents. My schools are better, and I had access to tutoring. Moreover, some of that wealth is a result of oppressing people of color by historically denying them the ability to buy property in nicer areas, thus limiting their capacity to build and transmit wealth to their children. Those advantages are unearned, yet I still benefit from them. So, no, I won’t get bent out of shape if someone else with lower SAT scores is admitted into this fancy college and I’m not.”

The above example is more complex than my innocuous example about my height, but both have the same structure. They both require situating an advantage in a larger sociocultural context. While this is possible by using privilege, doing so can get clunky very quickly, and can shut down conversations before they become meaningful.

Unpacking systematically unfair systems through the language of advantage affords nuance. The poor white farmer lacks economic advantage but still possesses white advantage, and he can thus interact with law enforcement without fear. The wealthy black businessperson lacks racial advantage but can mitigate some of the negative effects of that through the strategic use of wealth. The difference? The white farmer will always be white. The black businessperson may not have always been wealthy, may lose his or her wealth, and his or her wealth can be ignored by a more powerful government.

The language of advantage also implies intersectionality, and this allows for a better understanding of one’s net advantage. For example, I am a Mexican-American man. I do not have “male privilege.” I am a man, and that affords certain unjust advantages when it comes to the salary I can earn and where I can work. However, for a person of color that salary may come with expectations for more service that, for all their merit, can be distracting and lead to less productivity.

All this leads to a certain uncomfortable truth: we are not — and have never been — equal when it comes to the advantages we possess. All lives do not matter equally in practice (although they should). It is time we adopt language around racism, sexism, etc., that helps move the conversation forward. Only then can we begin to measure and understand the mechanisms of inequality that lead to needless suffering.

When we shift the language to that of advantages and disadvantages, it foregrounds how unjust and arbitrary some of those advantages are — while also allowing us to quantify relative (dis)advantage better. The language of privilege, on the other hand, obfuscates the systems of oppression it is meant to highlight. It is time we move on from using it.